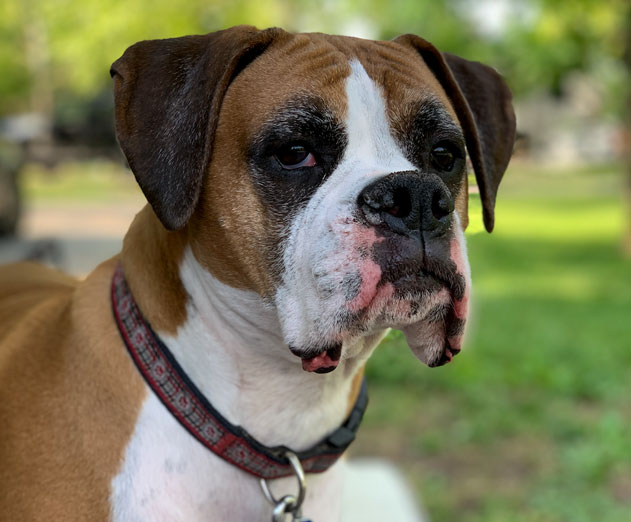 By Richard Harris Tyson Presley Harris,Moonbeam Mascot,Boxer Lymphoma Cancer
On July 20th, 2021, we lost our precious baby boy Tyson "Boogie". He was the most extraordinary animal that a person could only truly appreciate after getting to know him. The love we have for him was echoed back to us 100X through his sweet spirit and personality.
Tyson was a boxer, eight years old. He died of complications from lymphoma cancer, which he was fighting for months.
He was a rescued boxer our children found wandering at a gas station when he was just three months old. Completely overtaken with demodectic mange, complete hair loss, sores, and other conditions - we didn't think he was going to make it.
But as we took the journey with him to bring him back to good health, he gave us the greatest joy in life and taught me more than I ever thought I would know or understand about companionship.
He served and will continue to serve as Moonbeam's official mascot. He is sincerely missed and has left a hole in all of our hearts that will take a long time to heal.
The world is less happy without him here, but we know he's in a better place and is waiting for us to see him again.