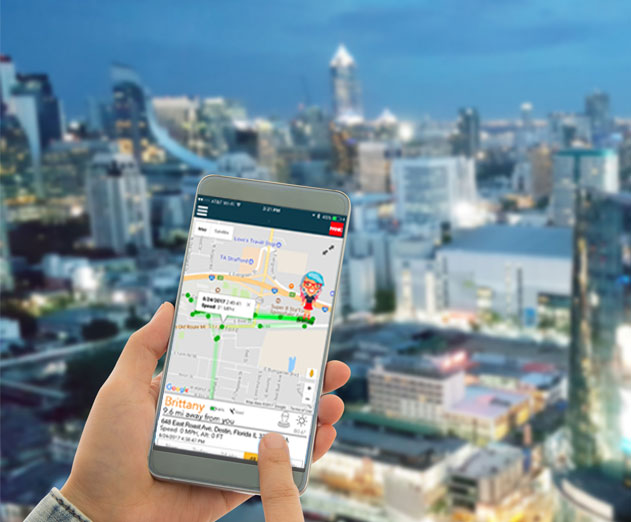 By Richard Harris Mobile GPS tracker, Free GPS Tracker,Phone Tracker
Springfield, Mo - Moonbeam Development, the creators of Chirp GPS, the professional mobile GPS tracking mobile app and website used by hundreds of thousands of professionals, has announced that the long awaited version 3.0 is now available for download in the Apple app store and Google play store.
The update comes after a year in research and development, and through watching how users engaged with Chirp GPS in their daily lives, and how enterprises were utilizing the powerful tracking software for fleets, and how even branches of the military were trusting Chirp GPS to reliably track soldiers in mission critical, high threat situations.

"Every single screen, and every line of code was carefully examined, scrutinized, modified, then tested multiple times, to make sure we are delivering the best mobile GPS tracking software on the market with version 3.0. This is a paradigm shift in the way we all think about tracking each other.", says Richard Harris, CEO and founder of Chirp GPS Mobile Tracking.

There are major changes in most areas of the Chirp GPS mobile tracking app, including the web usable interface at ChirpGPS.com. Things are much easier to do now, are faster, and many of the core functions have been moved into one screen.

Here is a highlight of some of the changes inside the latest version of Chirp GPS:
New: Complete redesign of the interface with quick selects to anyone you are tracking
New: High security / threat mode for military grade, enterprise class 5 second real time tracking
New: Ability to set individual avatar icons, and names for people you track
New: Info cards popup with very detailed GPS tracking information for people
New: Exact distance away by driving or walking is now shown
New: Augmented Reality live view for map screens
New: Fleet aware, you can now manage your entire fleet with Chirp GPS, and no additional hardware
New: Battery status, and GPS status now shown for everyone
New: Full screen tracking view toggle
New: Panic alerts with a single tap, and hold for repeating panic alerts to send out
New: You can send panic alerts to phone numbers and those without a smartphone
New: Tap anywhere on any map to drop a bin or set a geo-fence boundary
New: Search by address in Pins and Boundaries
New: Boundaries and pins management screen
New: Support system with live chat, tickets, and news
New: Info cards are new and show detailed information about people you are tracking
New: Weather conditions for everyone you are tracking, updated every 15 minutes
New: Pairing screen has been greatly improved
New: Advanced Smart Reports using tracking data to analytically display unique reporting, including location heat maps, GPS tracks
reports, common places, and more, plus export to excel
Updated: Crime map overlays are more accurate and are on the new info card
Updated: Registration is faster and only requires an email address
Updated: Toggle between GPS tracking one person, or all people in a single tap
Updated: Quick GPS track history with (now, today, 24 hours, 48 hours) toggle
Updated: HUD (speedometer, direction, alt) now displayed on your “me” screen

“We are thrilled to bring a very polished version of Chirp GPS to everyone and can’t wait to see all of the awesome ways people are going to use it”, says Richard.