Getting your app idea into the market first matters 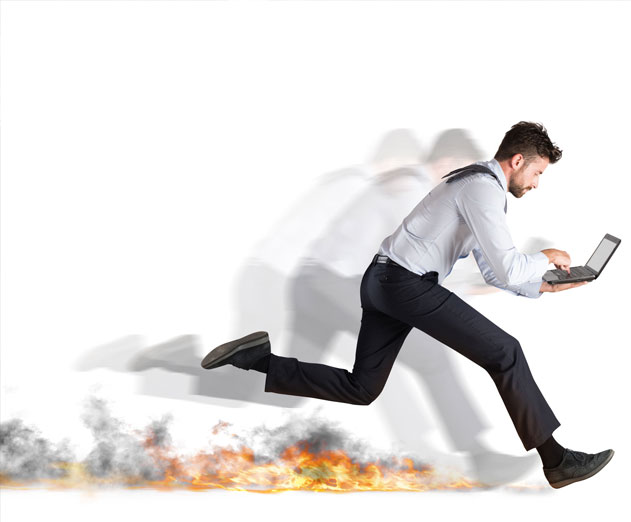 Everyone has an app idea…everyone! Actually, most people walk around with great ideas for new products, or mobile apps rumbling around inside their head at any given time. Since the dawn of the mobile app explosion (end of around 2008) - I have heard countless app ideas, some good, some not so good. It seems inspiration can strike anytime!

I’ve learned that there’s always that ‘moment’ when someone decides to do something with the app idea in their head. Maybe it’s just writing it down to review later, or maybe sharing the idea with a friend. But the truth is, the longer you wait to act on your idea, the less likely it is to succeed, and here’s why.

"Someone else is already thinking about the exact same idea you have, and may be developing it while you are still thinking..."

It’s true, and it's played out time and time again, plus it's not just in the mobile app world - it’s something inventors have battled for years.

Successful entrepreneurs will tell you, the key component in any good idea is ‘time to market’- meaning, getting your idea out into the app stores faster than anyone else!

So I’ve made a tiny business plan for you to get those ideas out of your head and into the market, so here you go.

Step 1) Research your app idea to see if there would be any competition. If you find an app that does something similar to your idea, download it, try it, see if you can break it. Make notes, lots of notes! Then decide if your idea would be better than anything  else you’ve found. Check for a good domain name too. I know it sounds like an odd place to start but a wealth of other ideas come from domain research.

Step 2) Detail your idea in writing. It doesn’t have to be all the way down to the code itself of course, but imagine you are telling your app idea to convince someone to download it as if it’s already in the app store. Write out the name you want to call your app, what is will do, how you will make money from it (if relevant), what the overall processes are that it will do, and any important information you might forgot! Powerpoint helps alot here.

Step 3) Trust no one. The software world is a dirty place folks, let’s face it. And mobile app cloning runs ramped in the app stores - especially when your idea is successful. The app store policies do little to protect you against it, so the best you can do is keep your idea as stealth as possible. When you decide to hire a development team to build the app for you, make sure you can trust them, more on that below.

Step 4) Execute the idea by hiring a mobile app development team you can trust. Make sure they have a real business license and place of business, a successful track record with more than five successfully published clients, has published at least 10 apps in the iOS and Android app store, has references they can send you, and good credibility with the BBB or Chamber of Commerce in your area. In the end - make them prove it to you that they know what they are doing, and they can navigate the waters of publishing in the app stores today.

Step 5) Publish your finished mobile app to the masses, then get ready for app marketing!

Taking your app idea from ‘thin air’ into the app store itself takes work, and more importantly, it takes action! So don’t wait too long because who knows - you might just have the next million dollar idea just hanging around in your head, waiting for Moonbeam to make a reality for you.

Contact Moonbeam Development to get the app idea out of your head, and into your hands!