the eclipse in the eyes of an app developer! 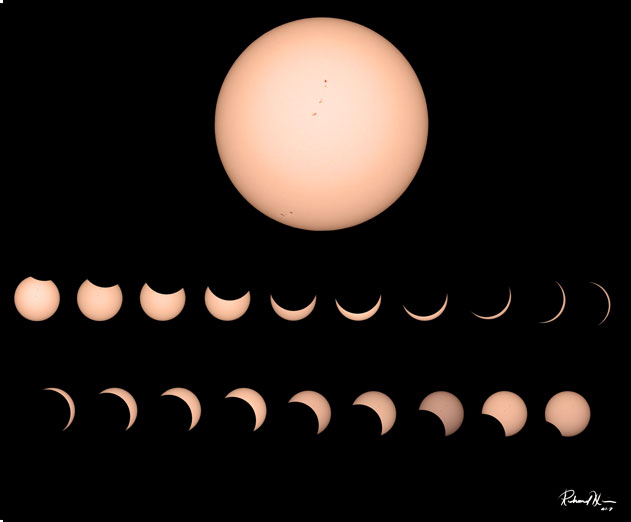 By Richard Harris Missouri Eclipse,Astronomy App,Developer Pictures
I had the opportunity to watch the eclipse of 2017 with my wife here in Missouri this week. Although I've been an amateur Astronomer for many years, I've never seen a full solar eclipse (okay 96% for us). Wow, it was amazing!
I snapped some photos with my gear while it was happening,  and put it together in a compile of each phase across the solar disk. I thought I would share it with all of our Moonbeam friends, and customers!
For those super-nerds out there who care, here are the technical details of the picture.
- Orion 102 APO scope with featherlight focuser
- Unmodified Canon 6D full frame camera
- F/8, 1/2500, ISO 200
- LXD75 polar aligned mount with PEC (unguided)
- Histogram correction using PSCC
- Baader solar film at full aperture over the primary objective lens
Enjoy God’s glory!